In the 1940s the short-tailed albatross population went from tens of millions to such a small amount that people believed that they had gone extinct.

To help keep the albatross population at a healthy level, it is suggested to not shoot them or take their nest and food away. I chose the albatross because they are going extinct  terribly fast.

Go here to see about the short tailed albatross. 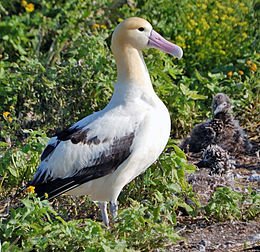 3 thoughts on “Albatross in danger !”


adopt your own virtual pet!

adopt your own virtual pet!